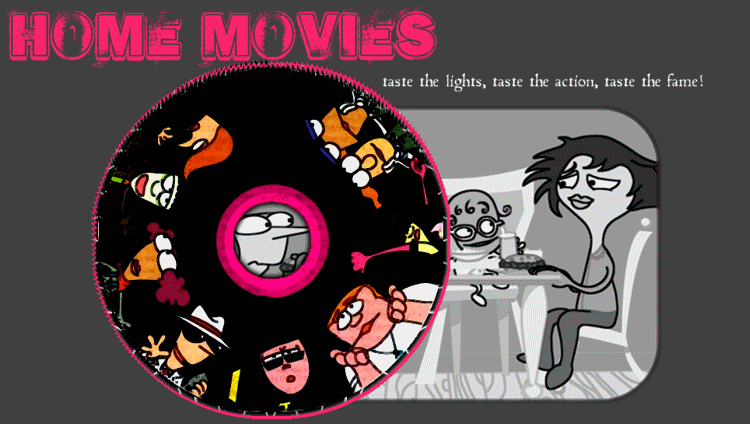 The characters in this show were amazing. Their personalities, comments, and their interactions were always entertaining, and interesting.

You don't really expect an ongoing storyline, or character building in an animated tv show. But there was a bit of this going on in Home Movies. Brendon, Melissa, and Jason, the three friends at the center of the show were the creative geniuses behind such movies as Starboy and the Captain of Outerspace and The Wizard's Baker. And they would agree and disagree on many points, but in the end they were friends, proud of their efforts, and ready to move on to the next project.

The adult characters of the show also had entertaining dialogues and plotlines. Paula Small (Brendon's mom), Coach McGuirk (Brendon's soccer coach), Mr. Lynch (teacher), all contributed their own dysfunctional styles of parenting, teaching, and coaching. All with the best of intentions.