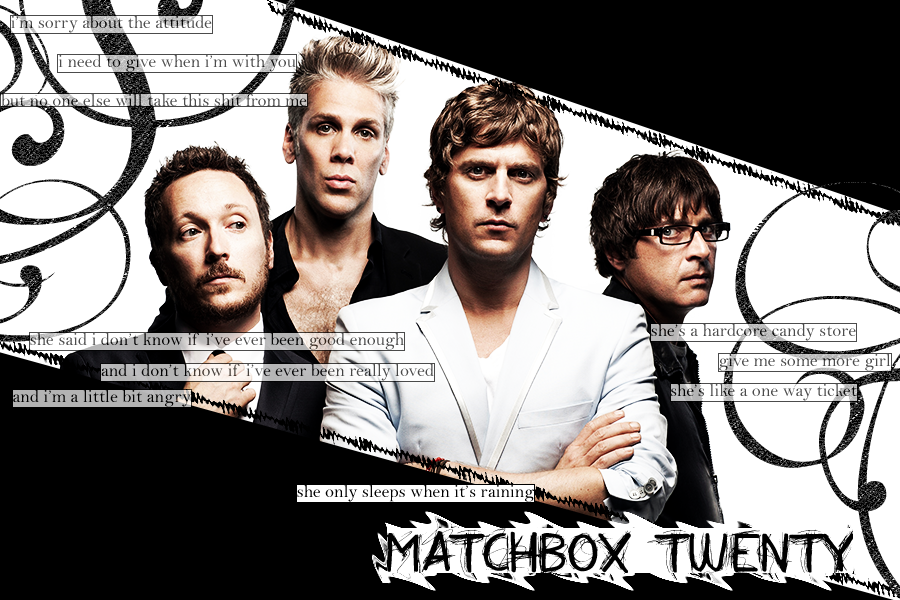 Matchbox Twenty officially formed as Matchbox 20 in 1995, releasing their first album, Yourself Or Someone Like You, in 1996 to wide (currently multi-platinum) success. Since the release of their first album, they have released four other albums, ranging in success, taken a hiatus, where Rob Thomas, lead singer, put out some solo efforts, and reunited to release another album.

Three of the original members (Rob Thomas, Brian Yale, and Paul Doucette) were formerly members of the band Tabitha's Secret. During this time, Rob Thomas' song 3am was among their songs. There was some legal disputes over this song's rights after they disbanded and formed Matchbox Twenty.