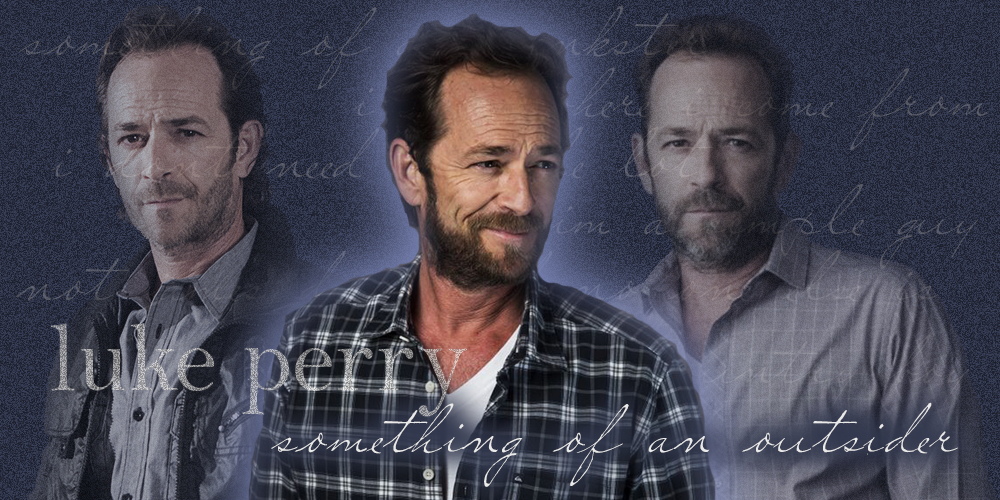 Luke Perry was born Cole Luther Perry III on October 11, 1966, and went by his nickname "Luke". He passed away on March 4, 2019 after suffering a massive stroke a few days earlier. He appeared on the Another World soap opera before getting his big break on Beverly Hills, 90210 as Dylan McKay.

"When I was a kid, I was at a bowling alley and I ran into a soda machine. I still have the scar on my right eyebrow obviously."

His role as Dylan McKay brought him teen idol status. The buzz around the show, the drama, the characters and the actors who portrayed them was nothing short of chaos.

I fell in love with Luke Perry after seeing him on 90210. The very first episode he appeared in was not the first, but the second episode of the first season and he had something the rest of the cast didn't. He instantly became my favorite. Aside from his role on 90210, he appeared in many other films and television series'. I always was happy to see him in any new project.

"I love where I come from. The people there are good people. When they say, 'Thank you,' they mean it."

After his death, the outpouring of grief, love, and memories was phenomenal. It was very clear that Luke Perry affected many people and his life as a simple good man reached the masses. I couldn't believe how it affected me personally. I suddenly remember what an impact he had made on me and my teen years. He was a brilliant actor and a genuinely good guy.