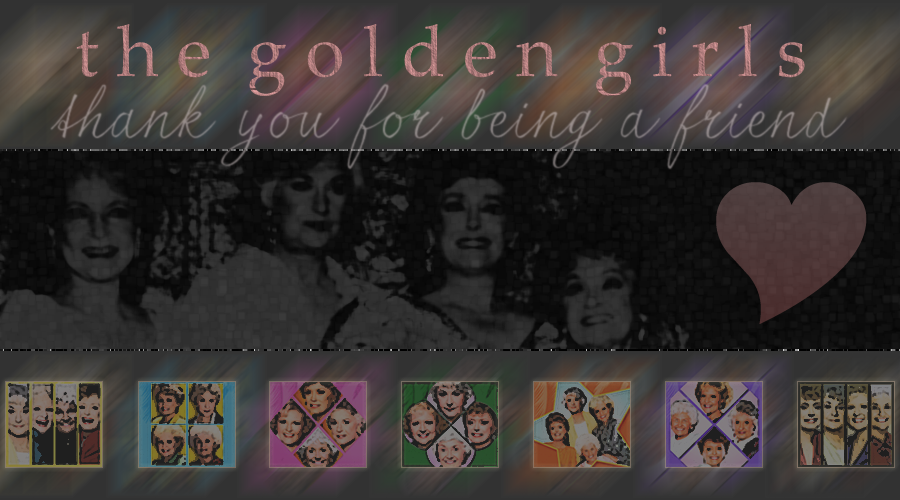 The Golden Girls debuted on Setember 14, 1985 and ended on September 14, 1992, having aired for seven fantastic seasons, totalling 180 episodes! Many people stayed home on Saturday nights just to watch these ladies go through their hilarious lives.

The show centered on the relationship between four older women and the trials of dating, working, parenting, and growing older.

The magic of the show was the relationship between the four central characters: Dorothy, Rose, Blanche and Sophia. Their closeness, humor, and appetite for adventure and cheesecake made every day in Miami seem like a day spent with the best friends you could ever have.

I know that when I watch this show I always feel at home. I laugh at the dumb things Rose says. I love the sarcasm Dorothy throws out. I enjoy hearing Blanche talk about the many, many, many, men she has been with. And of course, I adore Sophia and all of her bits of wisdom mixed with tall tales.

These ladies will forever be the best characters to grace the television screen. Thank you for being a friend :)