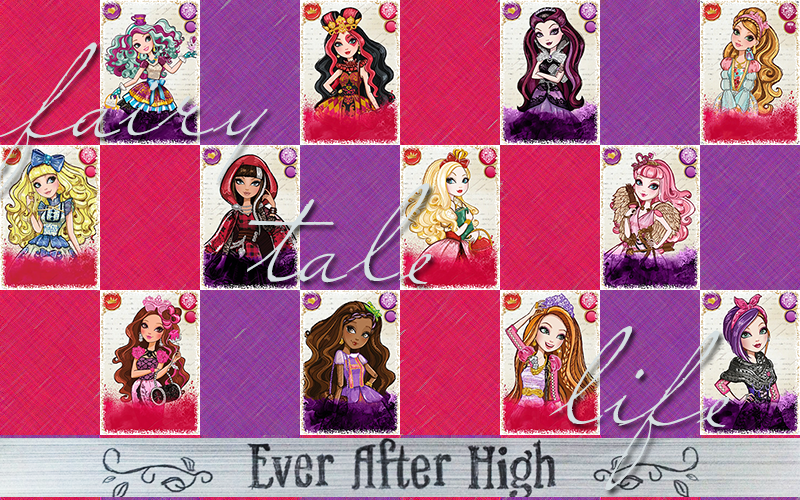 ♠   About Ever After High

Ever After High is a doll line by Mattel and features the children of famous fairy tale characters. They are "divided" into two basic categories, "Royals" and "Rebels". The "Rebels" are rebelling against their parents' roles and wish to create their own destiny.

Among the cast of characters are the originals released in 2013:

These dolls are gorgeous, with lovely details and amazing clothing styles. I simply love how beautiful these dolls are, with so much attention to accessories, hair and makeup. If I had to choose a favorite, I'd go with either Lizzie Hearts or Madeline Hatter.

A television show was also developed and airs on Netflix. The show is set in a boarding school, where royal descendants go through teen lives and dramas. The characters either are royals or rebels, the same as the doll line's backstory.

Both the doll line and tv show feature the main characters, and as new charactersa are introduced in the tv show, dolls are released. The dolls come in many different styles or versions, such as Thronecoming, Legacy Day, Way Too Wonderland. These are usually patterned after an event on the tv show or vice versa.